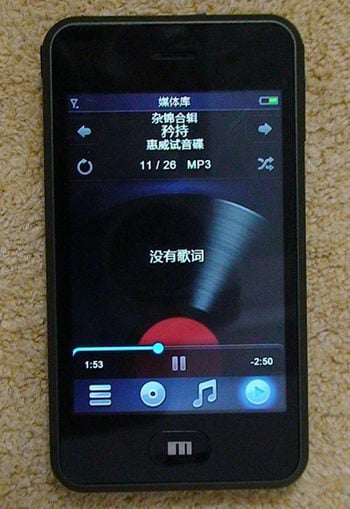 It’s been some time when we last heard about Meizu and their famous iPhone clone – M8 MiniOne. Now, apparently the Chinese company is finally moving towards launching its device. According to posts by the company’s CEO Jack Wong, the first Meizu devices will start selling within a month. Initial basic version will come with 128MB of memory and an unspecified amount of permanent memory. A second version, with 256MB of memory and 8GB of flash storage, will reportedly ship in October for a price equal to $320.

It’s still not clear whether Meizu will take its baby outside of China. Something tells us they may be more cautions this time, after their booth has been shut down by police during this year’s CeBIT.

As always, our eyes and ears are on the street. We keep watching and bringing you all the bits of information that seem interesting…