Motorola may have finally seen the light. After announcing that their upcoming flagship 5 megapixel cameraphone, the Motorola MOTOZINE ZN5, would be initially launched in Asia 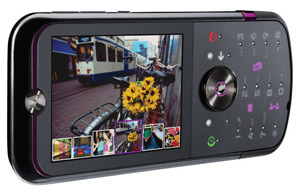 ahead of Moto’s home-turf (the good ‘ole USA), we’re hearing that Motorola could be preparing to launch their Kodak-branded Motorola ZN5 to American shores.

Word on the street is that T-Mobile will be picking up the high-end cameraphone from Motorola. And, seeing as how the lack of a proper 3G radio essentially limits high-speed data connections to the UMA-compatible (VoIP) WiFi connection, T-Mobile and it’s @Home UMA service seems like a lock for Motorola’s ZINE lineup flagship. 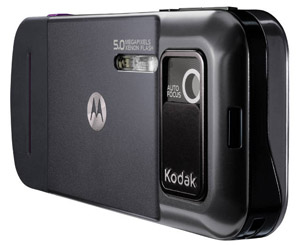 We’ve already seen the Motorola ZN5’s 5 megapixel camera prove itself in terms of image quality and shot-to-shot times. And, with Kodak’s Perfect Touch imaging technology taking the cameraphone to new, intuitive levels, the Motorola ZN5 is sure to make a splash in the US market – albeit, a smaller splash, what without a 3G data connection.

Chalk this one up as pure rumor, folks. But, the high-quality cameraphone enthusiast within us really hopes this particular bit of speculation pans out.

iPhone to get wireless printing support?

Now, wouldn't that be nice? There's nothing more annoying than being almost completely digital and wireless in your daily life,...