Just in case you haven’t had your fill of ridiculously expensive designer handsets passing through the FCC on their way to nouveau riche purses and pockets everywhere, the FCC has unveiled the Christian Dior phone. The Dior Mini, as it’s called, boasts (we’re using this term loosely) the barest of feature sets that would have us thinking twice about picking up this handset for free on contract.

Unlike the Tag Heuer Meridiist, the Christian Dior phone doesn’t look as glamorous through the FCC’s camera lens. So, why does it cost more? We can’t say how Dior can justify pricing their Dior Mini, manufactured by the same ModeLabs that created the Hummer phone, at $5,000, but it definitely isn’t on the “chic” factor. 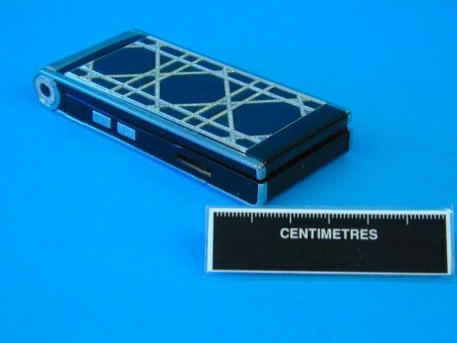 The recently released iPhone 2.1 firmware beta has, like many beta firmwares before it, been a rewarding source of potentially...