iPhone hype be damned. Samsung isn’t about to sit back and watch Apple and HTC steal the stage this year with the iPhone 3G and HTC Touch Diamond. South Korea’s handset manufacturing giant is preparing their Samsung Omnia i900 to go head-to-head with the big-guns from Apple and HTC. And, with features like:

The 12.5mm thick Samsung Omnia is surely going to give Apple a run for its iPhone 3G-money. AT&T is rumored to be picking up this handsome handset in Q3 2008, and Germany is slated to take shipment of the Omnia in August.

So, with the Samsung Omnia i900 spec’ed-out in production-trim, the::unwired has posted a hands-on review of the Samsung Omnia with the finalized software on board. Samsung’s Windows Mobile overlay tries its best to bring the aging Windows Mobile platform up to date on the touchscreen tip, but falls short. Otherwise, the Omnia’s feature-set is definitely not something to brush aside – this thing is a powerhouse. 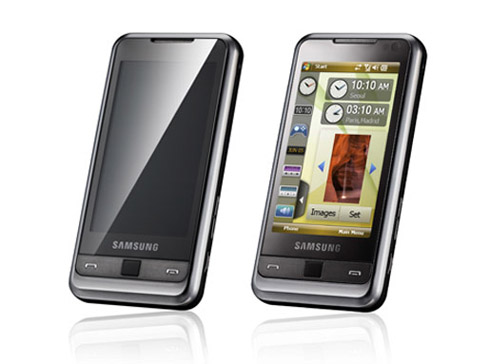 In the end, the::unwired came away impressed with the handset’s powerful feature-set and sleek styling. But, the custom Windows Mobile touch-UI from Samsung isn’t quite up to snuff among competitors like HTC’s TouchFLO 3D UI that we’ve seen on the HTC Touch Diamond.

Head on over to the::unwired for the full review. There’s also a video of the Omnia’s UI in action here.

Sprint has been working hard to redefine themselves as a data-centric provider with the premier high-speed wireless broadband network in...