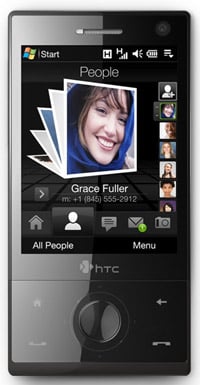 Well that sure took a while. As the rest of the world had the honor of being part of HTC’s launch markets for the up and coming HTC Touch Diamond, the US has had to wait for HTC to push their US-spec HTC Touch Diamond through the FCC. The HTC Touch Diamond already passed FCC tests in Euro-trim, but this latest approval gives the US-spec Diamond a thumbs-up for US duty.

But, as they say, the longer the wait, the sweeter the reward. And, with the fully US-3G compatible HTC Touch Diamond getting the greenlight from the FCC, we’re finding ourselves giddy with excitement for the iPhone-fighting HTC Touch Diamond to put its VGA display up against all 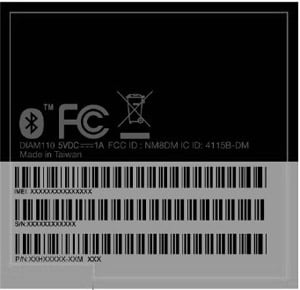 smartphone competitors in The States.

For now, all we have to go on is an image of the FCC label. But, seeing as how the world is well-versed in all things Diamond, a simple label is more than enough for now. HTC Touch Diamond – next stop, the US!

Here’s a quick rundown on the HTC Touch Diamond spec-sheet:

Australians looking to get their fill of sleekly-styled BlackBerry goodness are going to be in for a treat, come September....