Feeling a bit down about having to deal with your already-old Motorola Q9h on AT&T’s network? Buck-up, sport. At least you can update your aging AT&T Motorola Q9h (codename: Norman) to the freshest Windows Mobile OS available. As far as being frustrated at the maddening pace of handset development (and subsequent obsolescence), you’ll just have to make peace with the fact that upgrading every year (at most) is a 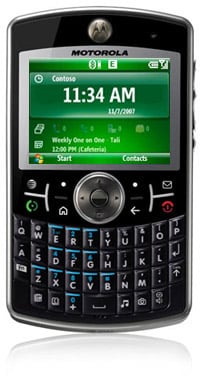 necessity if you want to stay up to date.

But, there’s nothing wrong with updating a less-than-new handset to the newest OS. Chances are, in fact, that a simple UI refresh will be enough to keep your inner-geek happy until you can go out and grab the new smartphone hotness.

And, with the Windows Mobile 6.1 ROM expected to be available for the Motorola Q9h in late July, it’s not too hard to imagine the ROM getting leaked a bit early – or late, considering July is almost over.

If you’re wary of installing unofficially official ROMs, stick it out for a bit longer. AT&T is bound to release the ROM any day now.

You can also download the ROM from this mirror. (No subscription required)

The wait is over, fellow Sidekickers. A new era of customizable and user-swappable Sidekick shells is finally upon us. Following...