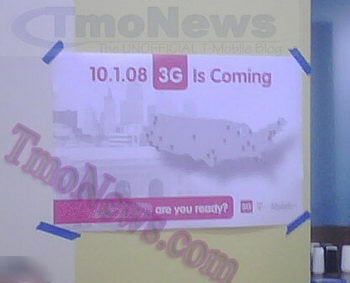 Folks of TmoNews caught the poster above which shows T-Mobile’s 3G network will start working on October 1st — the “10.1.08 3G is Coming” sign clearly suggests so — just as we initially reported. However, the Deutsche Telekom mobile operator is still quiet about all things 3G, and until we hear something official from them, we’ll keep posting this kind of news into our rumors category.

The wait is over, fellow Sidekickers. A new era of customizable and user-swappable Sidekick shells is finally upon us. Following...