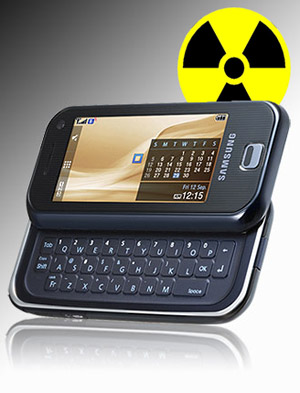 Michael R. Bennett filed suit against T-Mobile, Motorola, and Samsung over the dangerous radiation emitted by the devices using T-Mobile’s network. Bennett claims that he used his Samsung handset on a daily basis between August 2003 and December 2005, and used his Motorola handsets similarly between December 2005 and April 2006. He now claims to have suffered “a sudden hearing loss in his right ear, vertigo, loss of equilibrium, and other personal injuries related thereto, and has continued to suffer the same injuries from said date through and including the present date.”

The lawsuit continues to outline the lawsuits thusly:

Previous litigation regarding the safety of cellphones has largely failed to result in a decision for the consumer, with many lawsuits being thrown out in light of jurisdictional conflicts. The FCC defines the allowable limit for cellphone radiation, but the safety of mobile phones falls under FDA jurisdiction.

To date, research has shown that mobile phone use has no ill-effects on human health. But, there are studies that point to cellphone radiation causing changes in biological systems. Some experts have warned against extended mobile phone use (especially in children), France has advised its youth to limit cellphone use, and India has even banned cellphone use by children in an effort to prevent exposure of under developed tissues.

It's clear that the Apple iPhone and iPhone 3G have been the most sought after handsets in the US smartphone...