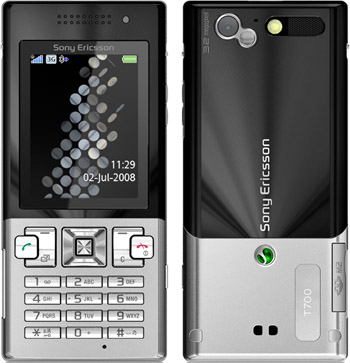 Sony Ericsson has just announced a new feature phone – T700. According to the Swedish-Japanese handset maker, the slim, stylish candybar “combines timeless design and premium features for the mainstream market” and somehow we agree on that one.

As for the release date, the device will be available in selected markets from early Q4 2008. Color options include Black on Silver, Black on Red and Shining Silver.

RIM don't want to miss with the BlackBerry Bold. They want to cover every single detail of the device, ringtones...