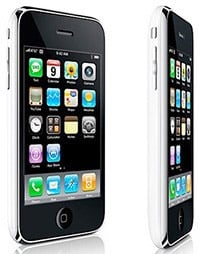 Forget 1 million iPhone 3G units sold in the first weekend of sales, a new report indicates that Apple has moved 3 million of the iconic iPhone 3G handset since its launch exactly a month ago.

According the report, from Fortune and Michael Cote, of Cote Collaborative, Apple has shipped more than 3 million iPhone 3G. In comparison, it took 74 days for the original iPhone to sell 1 million units. And, with 3 million iPhone 3Gs in the wild, the next-generation iPhone comprises about a third of the global iPhone population.

“The demand is so strong it may impact or delay the new countries coming on,” said Cote, referring to the 20 additional countries that are expected to start offering the iPhone 3G on August 22. Such are the troubles that Apple has to deal with.

US mobile phone sales increase 5.3% in Q2 2008, Motorola still top in US, BlackBerry strong as ever

Time and time again we're seeing the mobile phone sector brushing off the harsh economic pressures that are affecting just...