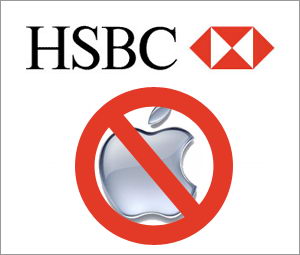 Roughly a week ago we wrote about HSBC apparent plans to dump BlackBerrys in favor of iPhones. Well, that ain’t gonna happen soon as we now have the official word from the HSBC UK representative who said:

I don’t know if he was miss quoted or if it was made up, but I can put the rumours to bed now and state there is no truth in it at all. It’s simply not going to happen.

As a reminder, the buzz all started when HSBC Australia and New Zealand CIO Brenton Hush was quoted by ZDNET Australia as saying HSBC was considering the switch.

Sure, iPhone may be ready for enterprise usage, but jumping on that quickly doesn’t seem logical for such a big bank as HSBC. Guess we’ll have to wait a little longer to see corporations going the “Apple route…”

It's not just Goldstriker which has prepared the iPhone 3G Diamond edition. Now we have Swiss luxury designer and jeweler...