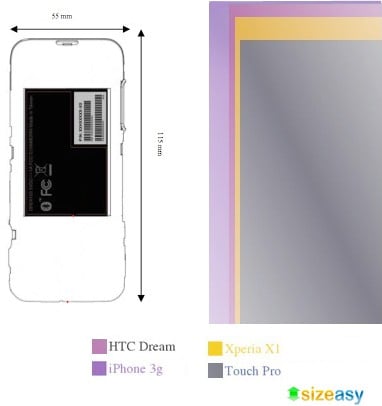 The FCC has just approved the first Android-powered handset, the HTC Dream G1, for US-duty. What we’re seeing is that the HTC Dream G1 is quite a bit smaller than we expected. The HTC Dream, which should be hitting T-Mobile in the next couple months, will be a solid 115mm long and 55mm wide. It’s about as tall and wide as the iPhone and iPhone 3G. Unfortunately, the FCC didn’t see fit to include thickness measurements in their documentation.

This isn't going to be any consolation for those iPhone 3G owners out there going through the trials and tribulations...