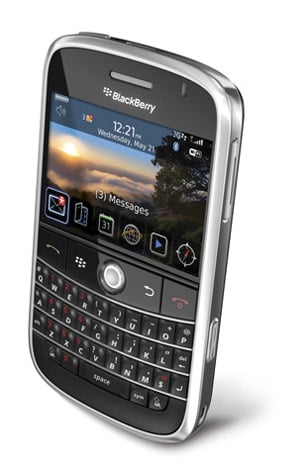 With data suggesting that the iPhone 3G’s sluggish 3G data speeds and unreliable 3G service are due to AT&T’s underdeveloped network, we have to wonder if any other 3G-enabled devices are experiencing the same kind of 3G network issues.

And, upon wondering, we’re presented with an answer.

Citigroup investment research analyst Jim Suva reports that his experience in testing the BlackBerry Bold has shown 3G connectivity to be just as shaky as with the iPhone 3G – again suggesting that AT&T’s network is the weak point here.

Suva’s BlackBerry Bold test unit was apparently plagued by dropped 3G signals – the device repeatedly dropped down to EDGE speeds without rhyme or reason. More importantly, the iPhone 3G and BlackBerry Bold use different 3G radios to connect to AT&T’s 3G network, which rules out hardware defects as the potential root of the iPhone 3G’s network problems – substantiating the Swedish researchers’ findings that the iPhone 3G’s antenna is just fine.

With Wired’s global iPhone 3G data speed survey indicating that, again, the immature 3G infrastructure in the US is resulting in less-than-perfect 3G performance, it should be clear that AT&T has to boost their network before we can expect things to get better.

The BlackBerry Bold was confirmed for AT&T earlier this year, but has been delayed due to unspecified circumstances. Could AT&T be waiting to patch the BlackBerry Bold’s firmware and possibly increase their 3G network coverage before releasing the Bold in to the wild? It certainly is a possibility. It would be a shame to see two headliner devices launched on AT&T with the same set of 3G service issues.
[Via: InformationWeek]

Hardware, software, firmware, or networks. No one really knows what's going on with the iPhone 3G that's causing all these...