It’s good to see some sort of launch-related news that doesn’t include the word “delay.” Following on confirmation that the long-awaited Sony Ericsson XPERIA X1 would be delayed even 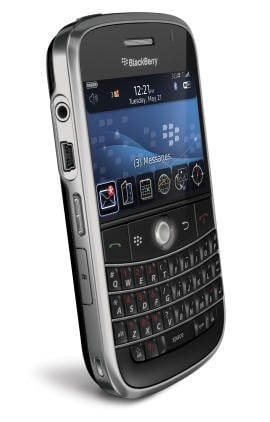 more than it already is, Boy Genius Report has it on a solid source that the BlackBerry Bold 9000 will finally be seeing the light of day in the US on October 2.

As expected, AT&T will be making BlackBerry Bold-dreams come true for business-suited BlackBerry fans itching to get their hands on Waterloo’s latest and greatest push-emailing smartphone. The “source” is apparently planted high up in AT&T’s command chain, and says that the No. 1 US wireless carrier is aiming for to get the BlackBerry Bold in stores by October 2.

The near-term launch could signal AT&T’s intent to have their 3G network shored up in time to accomodate the influx of BlackBerry Bold customers that will undoubtedly add more strain on a network that is speculated to be buckling under the pressure of iPhone 3G data requests.

We’ll keep an eye on this one, stay tuned.

Sony Ericsson has been pushing its up-and-coming superphone flagship, the Sony Ericsson XPERIA X1, for so long that we're getting...