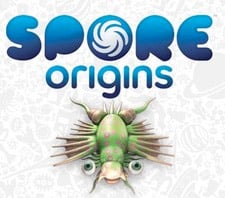 Spore hit the Apple Keynote stage all those months ago to show iPhone 3G hopefuls what kind of gaming experience to expect on the iPhone 3G and iPhones running the iPhone 2.0 OS. Spore Origins, alongside Sega’s Super Monkey Ball, promised to usher the iPhone and iPhone 3G into the world of mobile gaming.

Unfortunately, the initial release of the Spore Origins game was only compatible with the iPod. More unfortunate is the fact that Spore Origins doesn’t offer character transfer or online play. Spore Origins will essentially spin-off of the Spore game title, offering little more amusement than guiding your Spore creature  through a primordial soup filled with smaller-than-you food creatures and larger-than-you predators. The goal will be to feed on smaller creatures while running away from larger predators.

Spore Origins is expected to launch on the AppStore later this week for $5. Were the game more integrated in to the Spore parent-game, Spore Origins would have a larger potential audience. As it stands, we’ll have to wait and see how the game fares against the competition.

Leave it to Google to take on industry incumbents with the goal of completely redefining the user experience. Google's latest...