The HTC Dream G1 is pretty much the most anticipated product launch in this particular half of 2008. There’s been a lot of hype and hoopla surrounding the first ever handset powered by Google’s Android OS, and as such, the HTC Dream G1 is expected to shake up the mobile world. With HTC behind the wheel of the HTC Dream G1’s industrial design, we’re sure to see some feature-packed goodness come later this year. 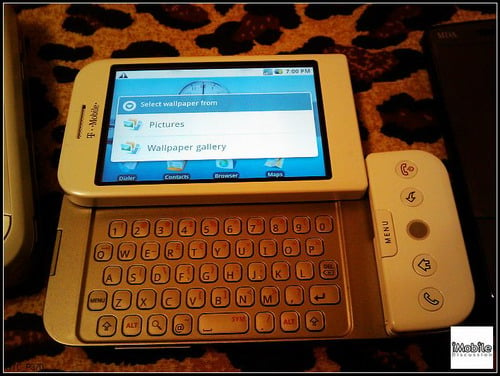 For Brits, it seems that the wait may be shorter than expected. The Telegraph is reporting that T-Mobile UK will be launching the HTC Dream G1 in November. The launch window jives well with previous speculation that we’d be seeing the HTC Dream G1 going live in Q4 2008, so this latest rumor could be on point.

Whenever it launches, we can’t wait for Google, HTC, and T-Mobile to join forces as a combined force of mobile-nature to bring Android to the world.

For now, keep yourself from going insane with this HTC Dream G1 video:

Low-end Samsung u430 coming to Verizon

This is hardly a news at all, but we can't cover the cool phones all of the time. Verizon will...