In the mobile phone biz, product cycles are measured in months. On that scale, it’s easy to see how one of the hottest handsets to launch last year is struggling to stay relevant among the big-hitting smartphones that have surfaced recently. HTC managed to ship over 2 million of their HTC Touch smartphones with less than a year’s worth of sales, but the HTC Touch Diamond and HTC Touch Pro have all but banished the HTC Touch to the back-burner. 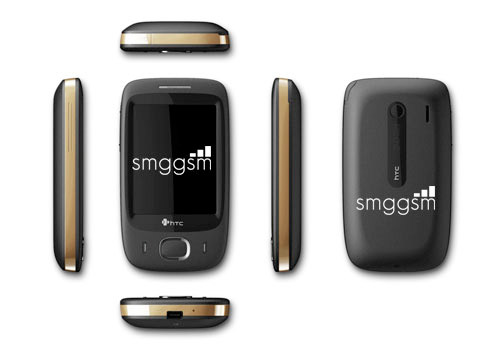 In their bid to stay on top of the touchscreen handset-game, HTC has reportedly given the HTC Touch a bit of a cosmetic and hardware refresh. The HTC Touch will reportedly be succeeded by the HTC Opal. According to leaked internal documents, the HTC Opal should stay true to the HTC Touch’s overall design aesthetic, with a few changes.

Unfortunately, 3G data connectivity isn’t in the cards for the HTC Opal. As a more budget-friendly handset aimed down-range from its feature-packed siblings – the HTC Touch Diamond and HTC Touch Pro – it makes sense to exclude a 3G radio from the Opal. But, of course, rumors are rumors and all this could change tomorrow.

We’re also hearing that the HTC Opal will be released in multiple colors, it’s just not clear which colors will be available. Pricing and launch details are also a bit on the slim side, so bear with us as we gather more info.

HTC's work on the Android-powered HTC Dream G1 looks to be coming to a head. T-Mobile should be launching the...