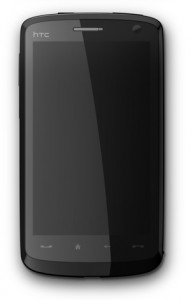 The HTC Touch HD’s flush-mounted (which all high-end HTC handsets will feature giogn forward) large, bright, and crisp WVGA display is expected to give other large-screened touchs-based smartphones a run for their money. With 3.8-inches of eye-dazzling real-estate, the gigantic widescreen VGA display will easily thrust the HTC Touch HD to its rightful place at the head of the touchscreen smartphone table. And, the 5 megapixel auto-focusing camera could give other high-megapixel cameraphones some serious competition.

HTC isn’t, apparently, going to take Apple’s success with their iPhone and iPhone 3G lying down. The HTC Touch HD goes straight for the jugular with that range-topping and market-leading 3.8-inch WVGA display (we still can’t get over the huge WVGA display!). The 5 megapixel camera (with autofocus) sets its sights on other high-end cameraphones with the intention of being the media-oriented handset of choice among power users. The quad-band (850/900/1800/1900Mhz) GSM/EDGE and dual-band (850/2100Mhz) WCDM/HSPA radios make sure that the HTC Touch HD will be getting its connectivity-on in whatever country you could possibly find yourself traveling through. And, with 512 MB ROM / 288 MB RAM on board and expandable storage capacity via the microSD card slot, the HTC Touch HD ensures that you’ll have plenty of room to take your pictures, videos, and music with you wherever you go. 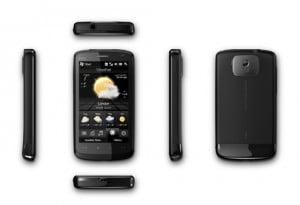 Of course, HTC has endowed their HTC Touch HD with all the high-end trimmings we’ve come to expect from our favorite Windows Mobile smartphone maker. The HTC Touch HD sports aGPS, WiFI, Bluetooth 2.0, and a Qualcomm® MSM7201a™ CPU clocked at 528 MHz that should make quick work of running the Windows Mobile 6.1 Professional OS with the TouchFLO 3D UI.

Did we mention the HTC Touch HD featuring a humongous 3.8-inch WVGA display? Cupertino is going to have to play a little game of “catch-up” with their next-generation iPhone (iPhone Pro?)…

Here’s a quick rundown of the HTC Touch HD’s spec-sheet:

We should be seeing the HTC Touch HD landing on European shores in Q4 2008, with the rest of the globe following suit shortly afterwards.

Find out more about the HTC Touch HD here.

Some pictures of an unreleased ASUS handset, apparently dubbed the Glaxy7, have emerged, and if the specs are true, it...