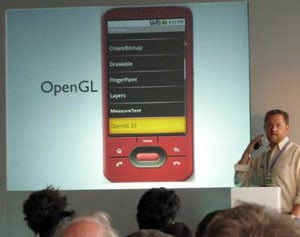 HTC fans and eager Android onlookers will like this bit of good news. The way this usually rolls in the mobile world, is launch dates are pushed BACK. Well, in concerns to the Android-powered HTC Dream, it looks like the device might show up earlier than expected. Rumors had it that the Dream would be appearing on shelves October 20th, but a new report from VentureBeat has the HTC Dream launching roughly 3 days earlier, on October 17th.

Hem and haw about the launch date, one thing can be nailed down… Look for the HTC Dream sometime around the third week of October. Android anyone?