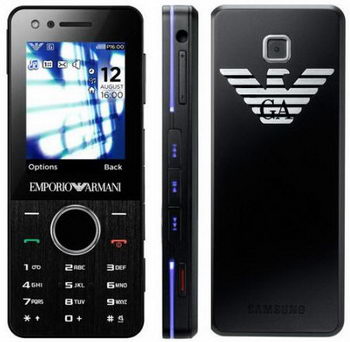 Samsung is out with the second Armani phone. Unlike the original device which relied almost exclusively on a touchscreen, the Armani M75500 Night Effect is a candybar-shaped device with regular numeric keypad. The design of the device is quite simplistic, yet elegant as I’m sure you can see from the image above. The large “Emporio Armani” branding is there to remind everyone around you this isn’t a regular phone, but an Armani-approved device.

Emporio Armani Samsung M75500 Night Effect is set to hit Europe in November, while South East Asia and Middle East sales will follow soon after. Not exact pricing is known at this stage, but some sources suggest the device will is retail for around 300 EUR.