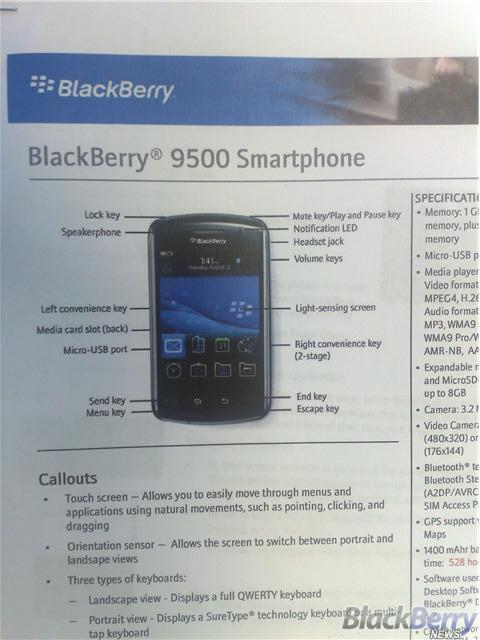 Over the last couple of months, we’ve been able to piece together the major features of the upcoming BlackBerry 9500 series, but some the latest leak is filling in the finer details. The BlackBerry Storm is due to hit CDMA carriers Bell, Telus (yep) and Verizon in the next couple of months.

No Wi-Fi is a bit of a downer, but as RIM’s initial foray into the touchscreen game, it’s still a device garnering lots of attention. The GSM version’s spec sheet has also been revealed, the primary difference being the presence of aGPS. Rogers and Vodafone are just two of the carriers we’ve heard will be carrying the BalckBerry 9500, but it’s a safe bet that plenty more will follow. With Verizon poised for an imminent launch, and now clean shots of spec sheets showing up, it’s not far-fetched to hope for a launch before the end of October.