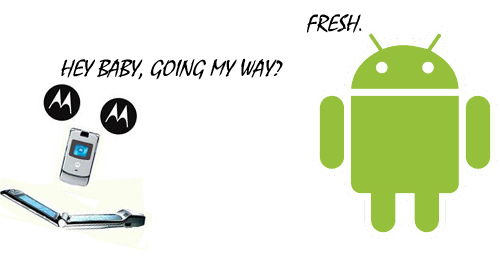 A software developer was recently approached by Motorola headhunters who were looking to expand their Android team to 350, a significant jump from the 50 they have on staff now. Nokia might be getting more involved with Google’s mobile OS too, since some of their folks were spotted at an Android dev conference. Motorola’s interest in Android has been palpable since they joined the Open Handset Alliance, but Nokia is still a bit of a wild card since they held off. HTC obviously got first dibs at Android, but with other manufacturers (except maybe Sony Ericsson) lining up to get in on the project, the platform’s spread seems imminent. Moto could definitely use a kick in the pants to combat their dwindling market share, and Android might just be the one to help them out. Their lackluster Q11 won’t be turning any heads, that’s for sure.