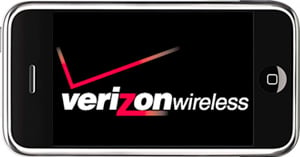 According to reports from an insider over at 9to5mac, a deal may be in the works that would have Verizon carrying the iPhone in its device lineup. The move could come as early at Macworld 2009.

I’m not too surprised to hear about this. Murmurs of a new provider have been heard around in Mac circles for some time now, and Verizon was always near the top of the rumor sheet. The exclusivity deal that AT&T has with apple has no public documents confirming the agreement length… So for all we know that deal could end tomorrow. If these rumors are true and Verizon does start carrying the iPhone starting at Macworld, that would make the AT&T exclusivity agreement an 18 month deal. If the announcement comes at the WWDC, that would have made the deal a 2-year term.

Very interesting stuff. We’ll be seeing how this all pans out!