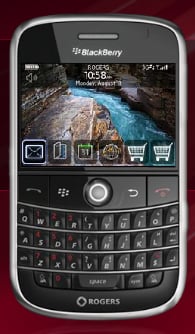 Some documents detailing Rogers’ pricing changes as of October 1st. have floated up, primarily involving the BlackBerry Bold getting a $100 price cut down to $299.99 on a three-year contract. The BlackBerry Pearl line (both GPS and Wi-Fi models) is getting a $50 cut down to $49.99 on contract, the Samsung Jack is having its price cut in half to $24.99, and the HTC Touch will be getting knocked down from $99.99 to $39.99. Combined with the new BlackBerry plans due to also be launching on October 1st., it sounds like Rogers is bringing their A-game for the holiday season – now we just gotta see how Telus and Bell will respond.

Android devices from LG and Samsung due Q3 ’09 at earliest

Now that HTC has blazed the trail for manufacturers to give Google's Android platform a go, but apparently T-Mobile's G1...