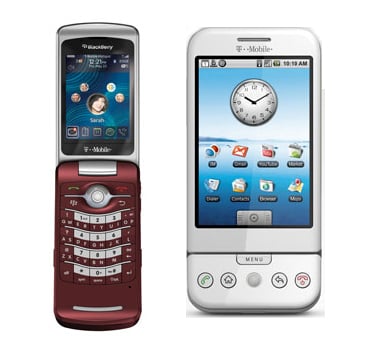 According to internal inventory, the upcoming BlackBerry 8220 in red and HTC G1 are both en route to Best Buy via T-Mobile and due to drop on October 26th. Canadian launch parties have given us a hint at the Rogers release date for the BlackBerry Pearl Flip, but we haven’t heard much south of the border. There’s nothing on pricing, but Rogers’ $149.99 on contract should give you a ballpark for T-Mobile.

As for the first Android handset, the G1, it’s not a huge surprise, since the announcement put the launch proper on October 22nd., and should be available for $179 on contract. The UK should be getting it around November.

Man, Best Buy really has been giving us lots of info lately, haven’t they?

At the beginning of September Dusan reported that the Yellow MOTOACTV W450 might be coming to T-Mobile. Well, today we...