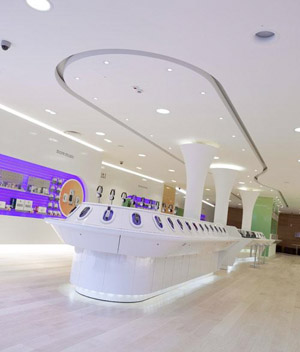 Following on the Japanese-Swedish company’s announcement that hundreds of employees would be pink-slipped at their Research Triangle Park research facility, Sony Ericsson has announced that their UK flagship retail store will be closing down. The Sony Ericsson UK flagship store failed to turn a profit this year, as Sony Ericsson struggled with its overall bottom line, prompting the company to shutter the doors to its only retail presence in the UK.

“The market conditions in western Europe don’t make it appropriate for us to open stores here,” said Lianne Norry, VP for retail marketing at Sony Ericsson, told Mobile Today. “The dominance of big multiple chains and operator stores in the UK market contributed to make it difficult for Sony Ericsson’s direct retail ambitions in the UK.”

Sony Ericsson will be concentrating their retail push in the burgeoning Asian markets, leaving the UK and European markets to the bigger chain retailers. With 200 store locations already up and running in Asia, Sony Ericsson plans to expand their retail footprint to 290 stores by the end of the year – an impressive push for a mobile venture struggling to turn a profit.

Toshiba is really pushing their direct methanol fuel cell (DMFC) technology recently. Coming off of their DMFC demonstration at CTIA...