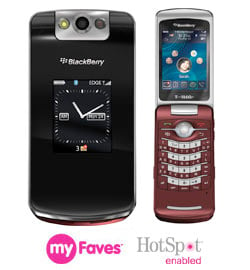 A rumour has been floating around regarding T-Mobile’s BlackBerry 8220 due to launch this month, and it looks like the pricetag will be about on par with Rogers’ offering.

Awhile back, there were rumblings that the RIM’s first flip BlackBerry would be on the cheap, somewhere in the $50 neighbourhood in order to appeal to impoverished back-to-schoolers, but the student boat has sailed, and clearly pricing has gone back up to what you’d expect for a midrange smartphone. But hey, just take a look at existing BlackBerry Pearls out there and you’ll see that it won’t take long for the 8220’s price to dip.

All eyes are on Google and their first mobile phone. HTC, the company that actually makes these babies, is expecting...