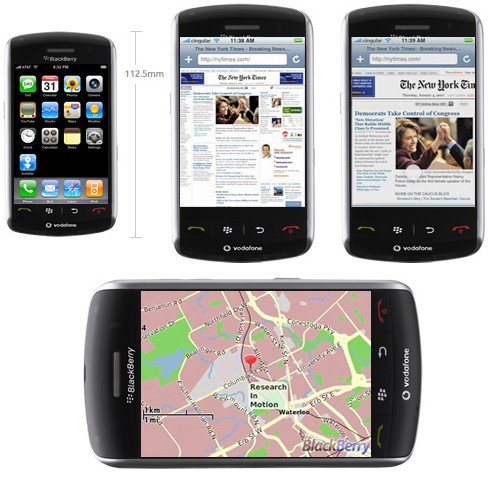 In the transition from their notification page to spiffy new Flash minisite, some lazy/sloppy/Apple-inducted marketers really couldn’t be bothered to find some BlackBerry OS pictures and decided to throw the iPhone interface in there instead. Now, we could give these guys the benefit of the doubt and presume that they were actually making a cheeky statement about RIM following in Apple’s footsteps… That is, if it weren’t for the BlackBerryNews watermark still sitting on the BlackBerry Maps screenshot.

Pretty hilarious, but it also goes to show the first reaction a lot of people will have to the BlackBerry Storm: “Oh, so it’s like an iPhone?”

The press release for the BlackBerry Storm launch slipped embargo just before things got good and official last night, but...