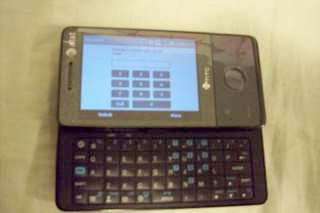 We’re closing in on AT&T’s launch window for the HTC Touch Pro, rebranded as the AT&T Fuze, and it seems that AT&T is dressing up their touchscreen darling with a nice, fat carrier logo. It was apparently too much to ask that AT&T stop short of defiling the beautifully clean face of the HTC Touch Pro with their own logo.

The AT&T Fuze has been spotted, as you see in these pictures, with the AT&T logo proudly sitting next to the earpiece. With the HTC logo sitting below the VGA touchscreen, the AT&T Fuze won’t be criticized for having a lack of logos. And, with AT&T’s customized TouchFLO 3D pages, there’s no mistaking that this HTC Touch Pro has been locked down by AT&T. 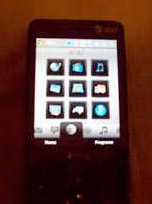 AT&T wants everyone to know that the AT&T Fuze’s VGA touchscreen, WiFi, GPS, 3G data connectivity, and slide-out QWERTY keyboard most definitely a part of Big Blue’s Windows Mobile smartphone portfolio. Sure, it takes away from HTC’s clean reference design, but at least the carrier didn’t completely change the Touch Pro’s design aesthetic. And, with heavy carrier subsidies expected to make this hot little smartphone affordable to the masses, we’re sure AT&T customers won’t mind the AT&T logo.

Interestingly, the HTC Wiki shows the AT&T Fuze without any branding whatsoever. You can’t even see the HTC logo below the touchscreen.