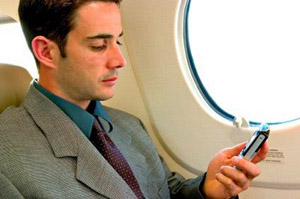 The Australian Communications and Media Authority (ACMA) is now proposing that Australian airlines allow the use of mobile phones for domestic and international flights. The move would amend the current Mobile Phone Jammer Prohibition that would in-turn permit the use of pico cell technology used by in-flight mobile phone systems. Trials of the technology have been conducted and have been assessed as highly successful. No intereference complaints were reported.

The ACMA is currently seeking public submissions on the proposed changes. Written submissions have to be received by the ACMA by November 17th… Look for news on the decision to come out late this year or in early 2009.

At a recent press conference (covered by Reuters), 3UK CEO Kevin Russell had a number of interesting things to say...