The first BlackBerry flip-phone from RIM has apparently made an appearance at the Future Shop! Even before the handset’s official announcement on Rogers’ network, it seems that Future Shop is offering the BlackBerry 8220 Pearl clamshell at an expected $50 price-point. Of course, a 3 year service contract with Rogers is required, and you’ll have to get off your duff and pick up the handset in a brick-and-mortar store.

Following on their product-listing fiasco with the HTC Touch Pro, Future Shop is likely going to have to take down their BlackBerry 8220 Pearl listing post haste. 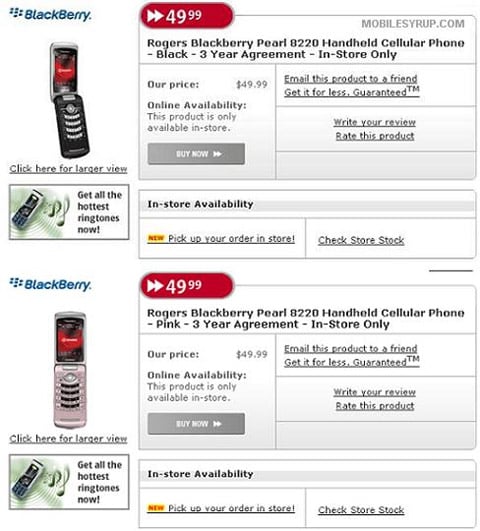 On a positive note, the BlackBerry 8220 Pearl is probably going to be released on Rogers in the near term.