Or, rather, this is the T-Mobile G2 mockup!

The T-Mobile G1 has barely started to hit retail channels, and we’re already seeing mockups of the next-generation Android smartphone from T-Mobile. The mockup you see here is supposed to be the successor to the T-Mobile G1, logically dubbed the T-Mobile G2.

The mockup is more of an evolution in design than a next-gen successor to the still green-behind-the-ears G1, but we’re fans of this mockup just the same. Selling itself on giving the user more screen real estate, a smaller “chin,” and enhanced web browsing capabilities, the T-Mobile GII is definitely a head-turner. The mockup demonstrates the current T-Mobile G1’s weaknesses, but also gives us something to look forward to with a next-generation Android handset.

Take a gander at the mockups below and twiddle your thumbs in anticipation of the T-Mobile G1’s true successor. 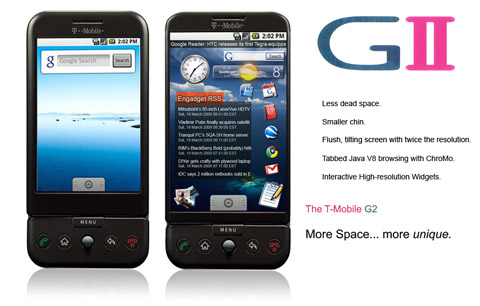 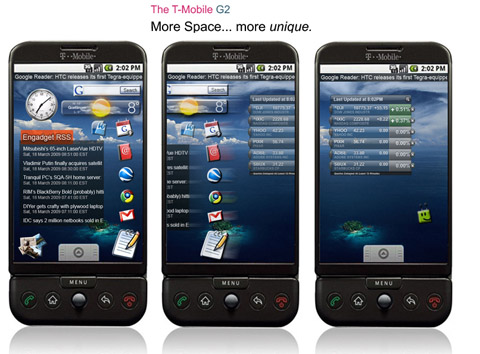