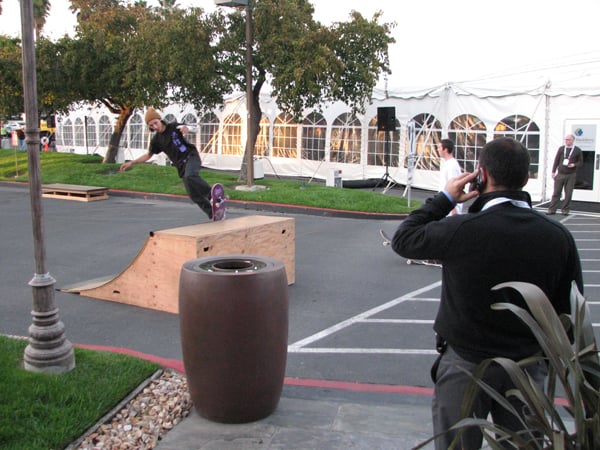 The Mobile Pavillion was pretty much exactly like the Solutions Showcase at RIM’s usual show, the Wireless Enterprise Symposium, and hey, there were dancers after all. The Verizon guys shot down photography requests for the BlackBerry Storm, which they perversely lured us to their booth with a scant week ago, but others were a little more forgiving. 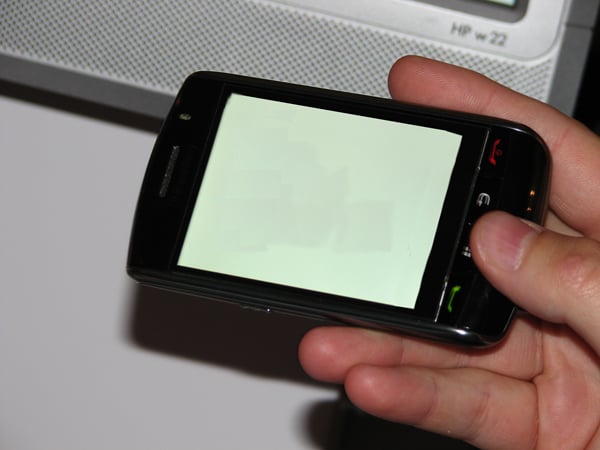 So, why are they so antsy about the Storm? Well, it’s not ready yet. Verizon reps were saying that there’s no official release date, and after playing around with the Storm, I can see why: the Camera app was lagging hardcore and had a messed up UI on two devices I managed to try. That was the only real thing that was wrong, but no doubt there are plenty of other smaller kinks that need to be ironed out before launch. Hopefully there are more recent beta builds out there that RIM can show us at some point. The keyboard felt nice, though needs a little while to get used to (like any touchscreen). Popular reactions were mostly interested, but probably not enough to buy. We’re still holding out for the BlackBerry Application Center to be announced at tomorrow morning’s general session, so keep an eye out for our liveblog.

Overall, day 1 started off a little slow, but we’re starting to get into the swing of things. Looking forward to round two and more BlackBerry Storm!