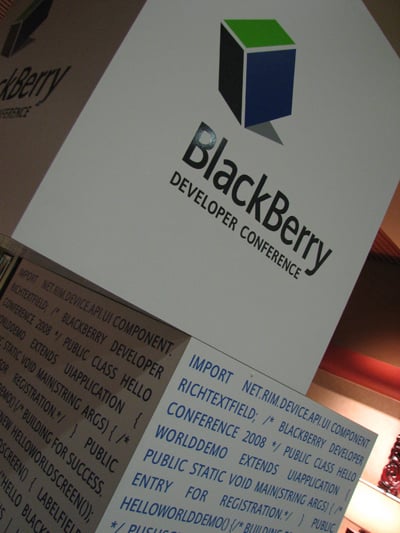 The first day of the BlackBerry Developer Conference started tentatively. Eager bloggers milled about the Mariott lobby and shrugged at one another helplessly while the tech-heads warmed up their gargantuan brains behind closed session doors for the two days of cramming to come. As the day wore on into afternoon, flights landed, and people worked their way to their targets. I bumped into some old buddies from Viigo, talked a bit with the fine folks from Zeemote (who you’ll hear more from in this week’s edition of The Signal) and met up with some very helpful PR folks from RIM (and even blogged about naughty secrets right in front of them). Of course it was great to reunite with some bloggers-in-arms, like Hayden, Al, Kevin, and Doug. Hey, speaking of which…

Quote of the night: 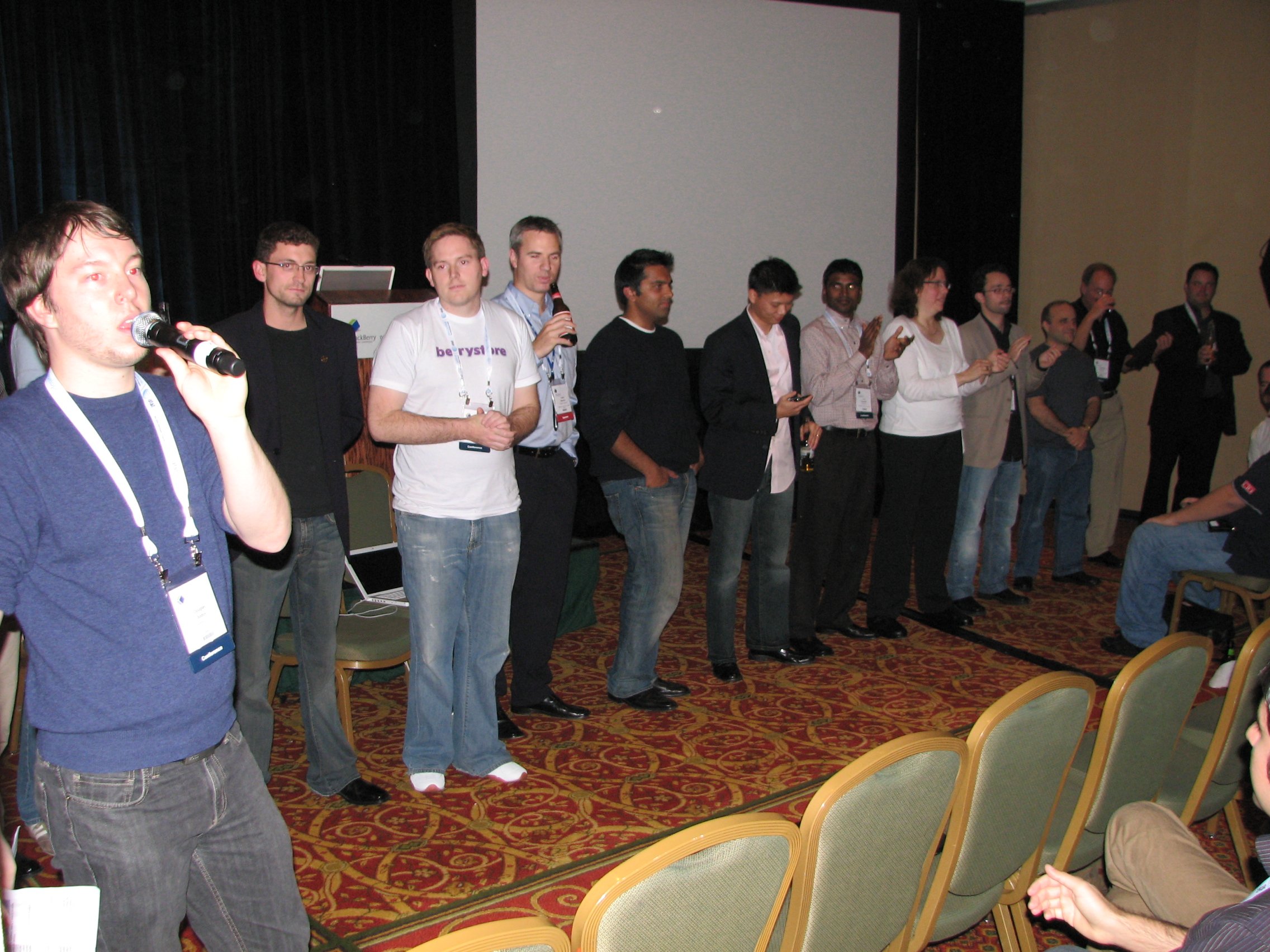 To be fair, Doug did squarely place the blame on too many “Coronas sponsored by Bplay and paid for by the BlackBerry Partners Fund” at the BlackBerry Cool 15, which actually went very well despite it all. There were a lot of great applications, some late additions, and many which will be getting some venture capital. The popular choice was Nobex Radio Companion, an entrant who is also in the BlackBerry Developer Challenge. That was actually one of my concerns with the two contests… There was a bit of overlap in terms of applicants (PaperIQ is also in both) but hey, I guess there’s plenty of money and press to go around. In any case, it was a packed room and fine place to keep the alco-mobile rolling after the pavillion shut down for the night.