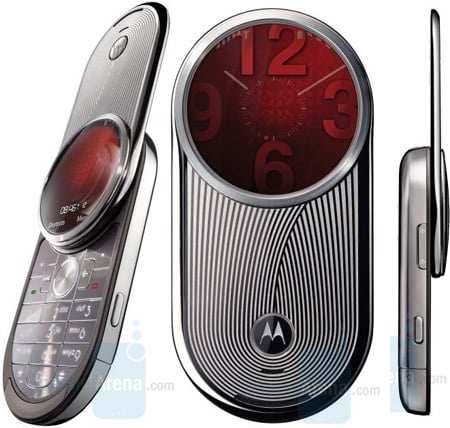 Motorola has launched a new mobile phone called AURA in an effort to grab a piece of the luxury handset market and compete with likes of Vertu and Mobiado. According to Motorola’s website, the expensive device combines “superb craftsmanship and a distinctive interface” and delivers “a sensory experience that is second to none for those with refined tastes.” To put it in other words, with the AURA users should expect such things as:

As for the technical specs, the quad-band GSM/GPRS/EDGE (850/900/1800/1900 MHz) Motorola AURA packs a 2 megapixel camera, stereo Bluetooth support, web browser, CrystalTalk Technology, 2GB of internal memory, media player. There’s no 3G radio on board, though I doubt the lack of it will mean much for the uber-rich folks who buy these kind of phones.

The AURA costs $2,000 and will start shipping on December 4th. In the meantime, Motorola has started accepting pre-orders.