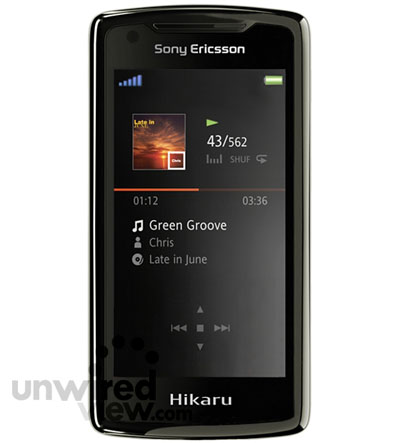 Sony had reportedly put the brakes on surrounding a new device called thie ‘Hikaru’. It was an 8MP device that packed in a lot of features. Well, what should I notice today but more rumors popping up surrounding the Hikaru. Looks like the device will become a reality after all.

The Sony Ericsson Hikaru is a really high-end touchscreen camera phone. Look for it to feature at least 8GB of internal storage, and a slider to feature a QWERTY keyboard for your texting and emailing pleasure.

While full details, specs and pricing are of course unavailable, you can clearly see from the mockup above that the device looks pretty hot. When I first saw it, I thought to myself ‘Hmmm… sort of similar to the Samsung Instinct!’…. don’t you think? Somewhat similar in form-factor for sure.

I should note however that the image was created by the folks at Unwired View. The actual device will probably look somewhat similar to this… The folks at UR did a pretty good job on the mockup don’t you think?! Stay tuned for more news on the Hikaru!