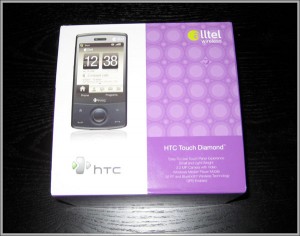 Problem is, you’ll have to jump on board the good-ship Sprint to have a chance at owning this slick little handset. The Sprint HTC Touch Diamond sports CDMA guts, so unless you’re willing to shell out the big-bucks for an unlocked GSM variant of the HTC Touch Diamond, Sprint is really the only game in town. But, not for long.