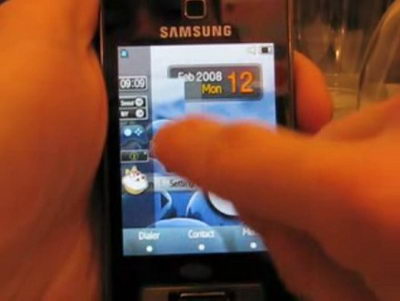 Samsung issued a press release saying it will push its widget-friendly TouchWiz UI enabled phones to the United States. I’m not sure why it took a separate release when in fact we knew this. After all, we’re talking about such models as F480 and i900 Omnia.

As a reminder, TouchWiz allows users to customize their homescreen by adding such widgets as web, music player, messaging, IM, Bluetooth, games, calendar, clock, navigation services and account info. They [widgets] are organized within the widget tray located on the left side of the home screen of the phone. By expanding the tray, users can simply “drag and drop” widgets onto the phone’s home screen for instant access to their favorite functions.