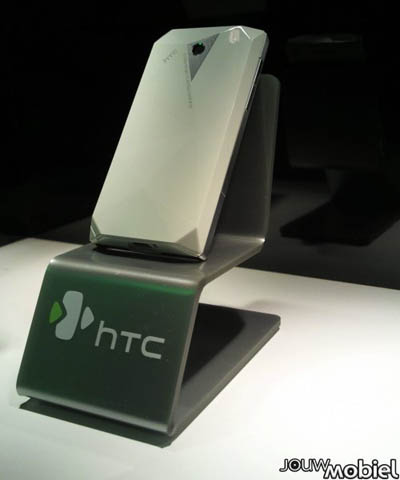 Looks like the HTC Touch Diamond will be making its way to our shores in a new color. This time, it’s been spotted in white over in the Netherlands. The ‘Ice White’ version of the touch diamond will arrive in stores in the Netherlands next month. Specs are exactly the same as the traditional black diamond.

The cool thing about the Ice White HTC Touch Diamond is that when you pick one up and unbox it like a ravenous badger, you’ll notice a voucher that invites you to ‘Pimp Your Diamond’. According to the HTC Pimp My Diamond website, it looks like this promotion is running only through November 2008. The promotion lets customers pick 1 of 3 crystal-encrusted back covers for the device (Swarovski Crystals actually!).

Now who ever said Europeans didn’t care how their devices looked? This free ‘bling’ offer takes things to a new level!

My best guess is the Ice White HTC Touch Diamond will make its way west for 2009. If I had the choice? Yeah… I’d go with the white version. I’ve got a White iPhone 3G and treat it like a newborn kitten.