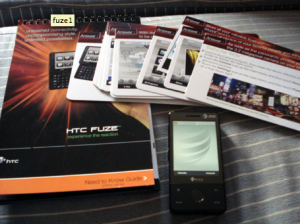 Can’t wait to get your hands on HTC’s latest and greatest Windows Mobile smartphone with a slide-out QWERTY keyboard? Of course you can’t! With that full-VGA touchscreen display, 3.2 megapixel camera, GPS, WiFi, and the beautifully elegant HTC TouchFLO 3D interface, how could you not want to lay hands on the HTC Touch Pro as soon as fiscally possible? 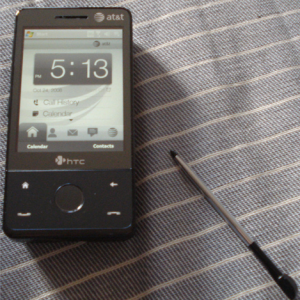 It’s amazing that unreleased handsets keep finding their way to eBay or Craigslist with regional carrier-branding, but far be it for us knock the sale of unreleased hardware – especially when the hardware on auction happens to be one of our top 4 favorite handsets of 2008/2009!

The AT&T Fuze shown in the eBay auction gives us a second glimpse at the AT&T branding that may or may not pique your interest.

So, if you’re the type to jump on the cutting edge, regardless of what kind of bloody mess might ensue, head on over to eBay and get your hands on the AT&T Fuze before just about anybody else in the US!

[Update] Well it looks like we spoke too soon about unreleased handsets making their way through eBay unscathed. This eBay auction has apparently been taken down.

If like many people you have been waiting for the launch of the X1 with a level of excitement that...