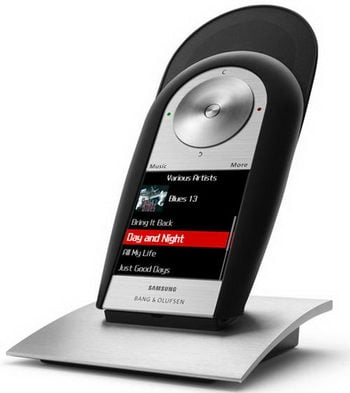 Bang & Olufsen, well known for their pricey consumer electronics and high-end styling, has announced that they will be pulling the plug on manufacturing everything outside their core TV and sound system business. That means all those mobile phones, DVD players and DVD recorders that well-heeled consumers were snapping up last year are going to become a bit more scarce.

So, if a Bang & Olufsen handset was high on your list of must-have gadgets for this holiday shopping season, may we suggest eBay or Craigslist?

Garmin: nuvifone still on schedule for first half of 2009

In the mobile industry, there are some things you just don't want to do. Chief among them is that you...