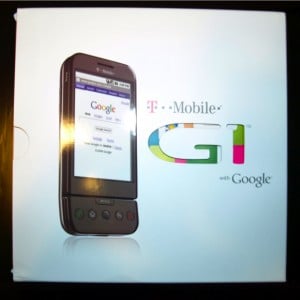 With the T-Mobile G1 already getting well acquainted with Android fans in the US, we couldn’t wait to get our hands on the first-ever smartphone to be powered by Google’s Android mobile OS. Today, the wait ended.

The T-Mobile G1 you see pictured in these galleries was dropped off this morning and we couldn’t have been happier to have our breakfast interrupted by the delivery man. The T-Mobile G1 is manufactured by HTC – one of the world’s largest smartphone manufacturers that many have probably never heard of.

The T-Mobile G1 began its journey down the path to Android glory as a speculated prototype device from HTC. In the early days, HTC confirmed that 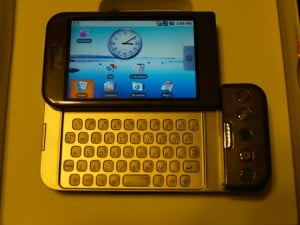 they were working to develop a smartphone powered by the Linux-based Android OS. Back then, the handset that would come to be known as the T-Mobile G1 was only known to us as the HTC Dream.

T-Mobile turned that “Dream” into an Android-powered reality with the T-Mobile G1. The announcement of the T-Mobile G1 ushered in a new age of open-source Android development and the first smartphone to bear Google’s renowned branding.

Keep reading to get at the picture gallery. And, keep an eye out for a full review!

It's been a long and winding road, but it looks like AT&T has finally gotten their act together and is...