The first of two major hurdles on the road to Verizon’s acquisition of US wireless carrier Alltel has just been cleared with the help of the US Department of Justice (DoJ). The DoJ’s green-light put Verizon one step closer to becoming the nation’s largest wireless carrier. 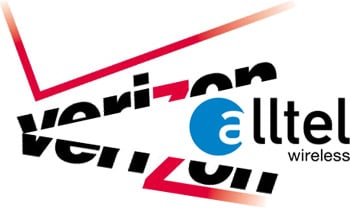 Verizon is currently holding the No. 2 sport among US wireless carriers, following closely behind No. 1 AT&T. Verizon Wireless’s acquisition of fellow CDMA carrier Alltel would give it the subscriber counts to easily surpass AT&T as the leading wireless carrier in the US. But, before Verizon can gobble up Alltel, the DoJ has stipulated that Verizon will have to divest about 100 markets in 22 states in order to maintain market competition. Given the size of the deal and what’s at stake, Verizon is expected to comply with the DoJ’s merger requirements.

And, even with the DoJ’s veritable thumbs-up on the deal, the soon-to-be largest US wireless carrier will have to wait to hear what the FCC has to say on the matter. The FCC recently stated, through Chairman Kevin Martin, that the commission would make every effort to announce their decision on the Verizon-Alltel deal before year’s end.

We might just see the marriage of Verizon and Alltel become reality in early 2009, if all goes according to plan. AT&T, watch your back!

iPhone and iPhone 3G as practical convergence device? Who knew?

The Apple iPhone and iPhone 3G cracked the mass consumer market with their sub-$200 price-tag on the entry-level 8GB iPhone...