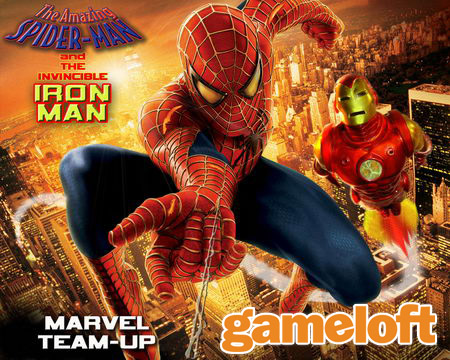 One of the leading mobile games publishers, Gameloft, announced an exclusive multi-year, multi-product licensing deal with Marvel Entertainment. Under the terms of the agreement which commences in 2009, Gameloft will release mobile games based upon the legendary comic book adventures of Spider-Man, as well as a mobile game based upon Iron Man 2, the blockbuster sequel scheduled to hit the theaters in 2010.

Spider-Man will be Gameloft’s first Marvel Comics-based mobile game to be released in 2009 across all major carrier decks, while a mobile game based on Iron Man 2 will be unveiled in 2010 to coincide with the film’s release.

Commenting on the announcement, Gameloft’s Michel Guillemot said: “Marvel has introduced some of the most iconic and renowned characters ever created, and has successfully brought them to life via every mass-market entertainment platform available. We are excited to partner with them and bring a new vision of creativity and excitement to the mobile platform through one of the strongest development and distribution networks in the industry.”

No matter how dismal Motorola's handset manufacturing business might have done, the higher-ups at Moto could always comfort themselves in...