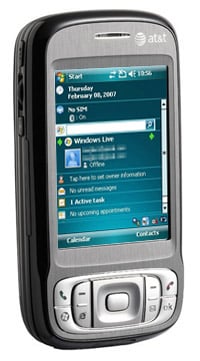 Following on the release of the Windows Mobile 6.1 Professional OS update for the AT&T Tilt (HTC Kaiser TyTn II), HTC is rolling out yet another software update for AT&T Tilt owners. But, before you get all excited about the possibility of installing the freshly confirmed Windows Mobile 6.5 on your AT&T-branded HTC Kaiser (TyTn II), just know that AT&T is rolling out the software update to address issues with the AT&T Tilt’s backlight timer.

It’s not a huge problem, but apparently enough of an issue to warrant a full-out software update. AT&T Tilt owners experiencing the stubborn backlight problem (and even those that aren’t… yet) can find the new Windows Mobile software update here.

Apparently the Nokia 6650, which we saw at the FCC back in September, is now available on AT&T. We're saying...