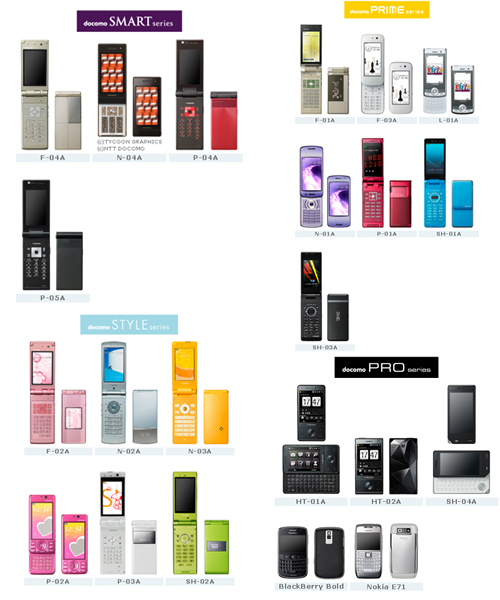 Holy crap. Who does that? Seriously! Twenty-two handsets in one batch? That’s just crazy-talk. Well, it’s not really one batch – these phones will be released between now and March in Japan through NTT DoCoMo, but that is still one helluva release schedule. Here’s the whole lineup, broken into subcategories, with release dates.

Given they’re mostly plain flips with the odd slider thrown in for flavour, the Pro series is looking especially nice with the HTC Touch Diamond, Touch Pro, BlackBerry Bold, Nokia E71 and Touch Pro knock-off from Sharp.On the whole, it’s a pretty crazy lineup, and must be some kind of record, somewhere.