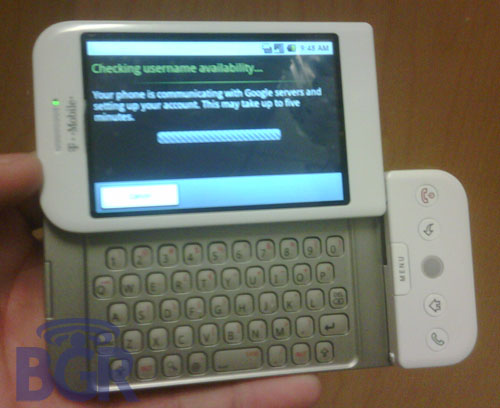 Looks like I was close to the money, not right on it… but close. I reported last week that there were delays on the White T-Mobile G1 making its way into stores. Rumors had it that the device would become available after Thanksgiving.

Well, new reports have it that the White version of the T-Mobile G1 is already showing up in some T-Mo stores. If you’re sick of the black or brown models, you should be able to get your hands on the white model soon.

Some T-Mobile stores now have the white G1 in stock… Although I wouldn’t count on stores having too many available. I suspect that the new units are starting to trickle their way into stores across the country, and should be more readily available come next week… Following Thanksgiving… Hey, maybe I was right!? 🙂