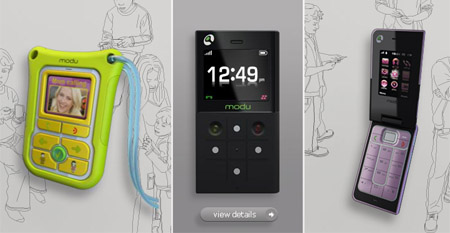 Remember Modu, the phone with many coats which is also known to be the world’s lightest mobile phone? Things are not going well for the company behind Modu. Apparently, they [Modu Mobile] have fired 100 workers in two cycles, and some executives. That’s about 25% of the Israel-based company’s working staff!

In a recent interview Modu’s CEO, Dov Moran, admitted they’re late for about 6 months and that the first devices will be launched in April of next year. Israel’s Cellcom will be the first carrier to offer the phone, and will be followed by Italy’s TIM and Russia’s Vimpelcom. Initially, the company said all three carrier will launch the device at the same time, but it seems things have changed in the meantime.

To promote their unique offering, Modu sent a request to two major publicity agencies to send them a price quote on the Israeli launch campaign. Kinda strange move as it’s usually the carriers which promote devices. Is this a lack of commitment on Cellcom’s side or what? We’re not sure and we certainly don’t want to bury Modu’s chances for success. Quite the contrary, personally I think their model rocks! The only problem I see is a potential lack of money to bring the idea to market on time and to distribute it around the world.