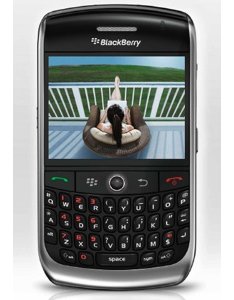 Not one to let Telus and Bell hog all the fun with new devices for the holidays, rumour has it the new BlackBerry Curve is coming to Rogers soon for $179.99 on a three-year plan, $499.99 on two, and $549.99 for no contract. There were rumours a few days ago confirming the BlackBerry 8900 would be coming alongside a pink BlackBerry Bold, but we hadn’t thought it was going to be this soon. After talking to some of my Rogers folks, they’re saying it could be available as early as December 4th. The BlackBerry 8900 is more in line with the traditional BlackBerry setup, and will likely be more warmly recieved than the experimental BlackBerry Storm, but if the software can get updated before a Canadian launch, maybe the experience will be considerably better than what some Verizon customers are dealing with. The initial launch of the new Curve with Wi-Fi, GPS and a 480 x 360 screen was in Germany through T-Mobile, but we’ve been hearing that a Q1 ’09 release in the U.S. was likely, so stay tuned.

Yesterday Future Shop gave us a $649.99 pricetag for Telus' upcoming BlackBerry Storm without a contract, but hey, who's going...