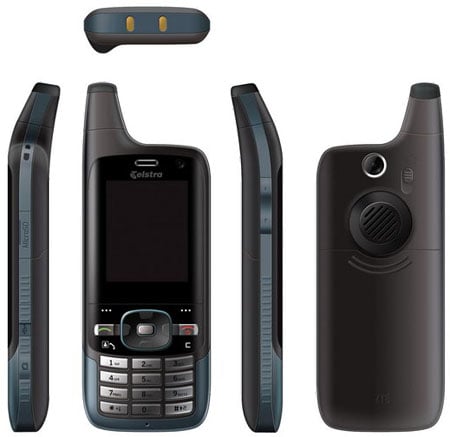 Australian Telstra is launching a new device for those living outside major metro areas. The so called “Country Phone” is made by the Chinese ZTE and among the features packs a 3G radio, AGPS, 2 megapixel camera, FM radio, Bluetooth, and funky-lookin’ antenna (earlier we had the wrong image). Thanks to that detail, the “Country Phone” has insane reception that earns it Telstra’s Blue Tick certification. Guess if you live in the middle of Australia, you don’t care about hi-tech anyway, and are looking for a reliable solution. In that sense, we can easily envision Telstra moving tons of these starting from December 1st, when it will officially start selling the “Country Phone” for AU$529 (about $346).

Samsung has recently unveiled a new low-end clamshell - M3110. The somewhat stylish handset is designed for mass market, and...